Osaka Asian Film Festival (OAFF) has been introducing new Indian films which to be remembered by cinephiles. In the previous festivals, award-winning films such as Bulbul Can Sing (2018/ Director Rima Das) and Newton (2017/ Director: Amit Masurkar) were screened.

This year, OAFF line-up was announced at the end of February. Four films from South Asian countries are included.

OAFF 2020 will hold all regular screenings as planned. Tickets go on sale from February 23. Co-hosted Program <Rediscovering Osaka through the Moving Image "Come to Life! vol.2 Gutai and Nakanoshima"> has been cancelled by the decision of the co-host organizer.#OAFF2020

‘The Odds’ by Megha Ragaswami and Ansul Chauhan’s ‘Kontra’ are selected for the competition.

A coming-of-age story of a high school girl in Mumbai. Abhay Deol, whose previous film Dev. D (Hindi/ 2009/ Director: Anurag Kashyap) was screened at OAFF in the past, plays a singer and is credited as a producer. Director, Megha Ramaswamy has been directing short films that were screened at various international film festivals. ‘The Odds’ is her first feature film. 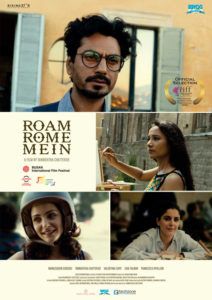 Tannishtha Chatterjee and Nawazuddin Sidiqque worked together during the shooting of Lion (2016/ Director Garth Davis). When Tannishtha shared her idea of the film with Nawazuddin, and he liked, and the shooting began in two years’ time. Nawazuddin reveals how this film started during the interview at New York South Asian Film Festival.

Looking for a Lady with Fangs and a Moustache (2019/ Nepal, Mexico)

A young Tibetan man Tenzin sees a vision of a girl. While he is seeking help, he meets a holy man who tells him that he will die within a week. However, a week passes very quickly. Director Khyentse Norbu was born in Bhutan and was recognised as the third incarnation of Khyentse lineage of Tibetan Buddhism at the age of seven. The film reflects his unique background as a Buddhist. International premiere screening.

A 23-year-old woman who works at a clothing factory, faced with a difficult condition at work. With the help of her colleagues, she launched a union to improve the work environment. Based on a true story, the film shows the circumstances of Dhaka, a core of the garment factory of world brands. Director Rubaiyat Houssain has been working for women’s rights NGOs in Bangladesh and making female-centred dramas such as Meherjaan (2011), Under Construction (2015). While Japan is importing cheap garments from Asian countries, this film will give us a thought about ethical fashion. Alongside the film screenings, a symposium ‘Behind “Made in Bangladesh’ is scheduled on March 13 (Fri).

In the circumstances of fears over Corona Visur spread, 15th OAFF will be screened as it was scheduled. Although festival guests will not show up and some events are canceled, says the official announcement.

The latest information is updated on the official website below.

NB：This information is as of March, 02.