Same to the other countries, COVID-19 impact weighs on the cinema industry in Japan as well. Since the government of Japan declared the state of emergency on April 06, cinemas are continued to be closed. To support films and independent cinemas, distributors and filmmakers launched ‘Save the Cinema’ petition drive and fund-raising, and online theatre ‘Temporary Cinema’. On this platform, ‘Tagore Songs’ is scheduled to be released in early May.

A great poet and the first to win Nobel Prize in Literature from non-European countries, Rabindranath Tagore (1861- 1941) created two thousand songs, sung in Bengali region. A debutant director Mika Sasaki created a documentary on it.
Sasaki says to the newspaper interview, she was allured to Tagore songs while she was studying Bengali at the university, she made a decision to make a documentary on Tagore songs. As this is her first production, she learnt how to make films at the workshop. Unfortunately, due to COVID-19 crisis, there are no cinemas are available for the release, this film will be released online cinema platform ‘Temporary Cinema.

Film releases are postponed since the end of March. Waiting for the announcement of new release date.

[Waiting at the Cinemas] 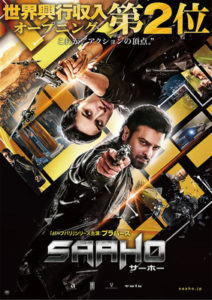 Baahubali star Prabhas starring big-budget action flick, ‘Saaho’ released at the end of March. However, due to the COVID-19, the cinemas were closed nationwide. Waiting for the re-open. 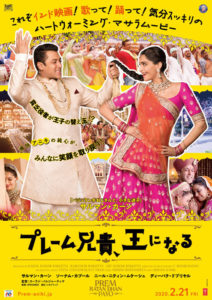 Following the hit of ‘Bajrangi Bhaaijaan’ in 2019, now Salman Khan starring PRDP is being released in Japan.  Waiting for the re-open of cinemas.

Release of this month is ‘Andhadhun’ only. 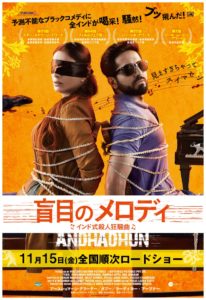 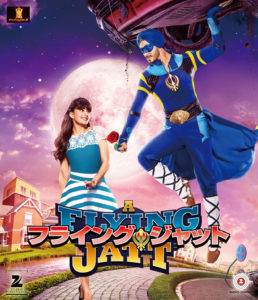 Due to stopping the spreads of COVID-19, some cinemas and theatres were closed in early March. In April, the government of Japan declared the state of emergency, it was not the curfew, though, cinemas across nationwide had to shut down the door.

Film distributors postpone the new release. Independent cinemas have no audience and no profit since then.

To support independent cinemas, on April 6th, filmmakers and cinema managers launched ‘Save the Cinema’ campaign for a petition drive and fund-raise.

Save the Cinema Campaign

Save the Cinema (Petition Drive)

To support independent cinemas in Japan, Mini-Theater AID launched in April. ‘Future tickets’ ‘Token for OTT service’ are prepared as the return for the donators. The campaign will be closed on May 14th.

As of May 02, nine titles are listed in the in this programme.  ‘Tagore Songs’ will be released on this platform. Release date will be announced soon.